What Makes Us Happy? 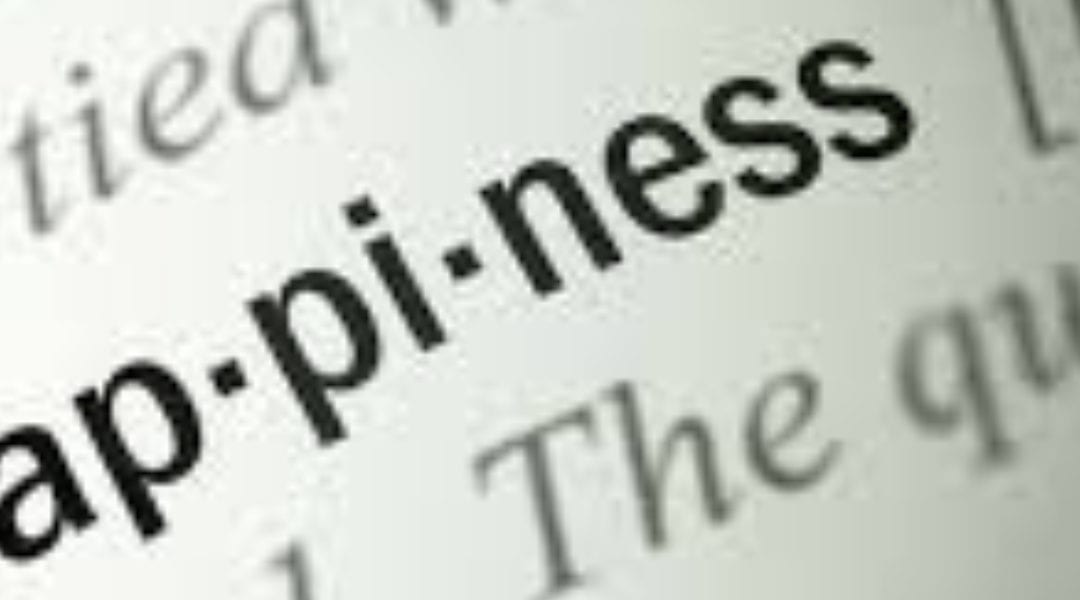 Before you go any further, think about the question for a bit. Just take a second or two and ponder what you think makes you happy. It could be something you have now. Or something you want more of. There literally is a science of happiness and researchers have been studying, for years, what makes us happy. 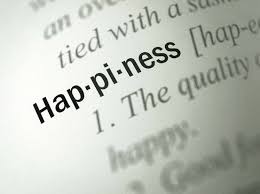 The following is a lecture I adapted from Chris Vedeler, L.Ac. of Oasis Acupuncture in Scottsdale, AZ and my own research. So hopefully you’ve spent a bit thinking about what makes you happy. Some of the research you may find surprising, and some not so much.

What does NOT make us happy (that we think should)

Yeah, you’re reading that right. Money DOES NOT make us happy. Kinda. What researchers found was that at around $75,000 our happiness ratings leveled off. If you look at the chart below you’ll notice there’s a steep curve from $0 to $20,000. Duh, right? If you have absolutely no income and you jump to $20,000 you’re going to be pretty happy about that for a bit. Money can give us a quick happiness but not lasting. But our society tends towards a “the more money you make the happier you are” mentality. And that’s what this research showed to not be so true. Look at the difference between $30,000 and $130,000. There’s only a ONE point difference between making $100,000 more dollars.

While some of the research looked at happiness, others have looked at decreasing negative emotions, like nervousness, hopelessness, ore restlessness. According to David Clingingsmith, author of the paper and associate professor at Weatherhead School of Management, “We know from the results that changes in family income are impotant drivers of people’s emotional lives”. Similar to the happiness reports above, the difference the marginal dollar makes in reducing negative emotions starts to fall off around $70,000, is very low around $160,000, and hits zero around $200,000.

When one woman was interviewed after selling her company to Microsoft, for 35 million, she was ecstatic. A year later she was interviewed again and report that she was no happier than she was before she made the deal. Many will say that if I have money I can by “X” (material thing) and it’ll last longer then doing “Y” (some experience; a trip to somewhere). However experiences actually provide more lasting happiness and value. We adapt to the material possessions we have and then just need new stuff.

“Instead of focusing on increasing sexual frequency to the levels they experienced at the beginning of a relationship, couples may want to work on creating an environment that sparks their desire and makes the sex they do have more fun,” said Krishnamurti, a Carnegie Mellon research scientist.

Education doesn’t always mean more happiness either. You’d think more education would lead to a lot of things that would make you happier like a better job or being smarter then people. Inspired by the strong association between mental illness and poor education, researchers from Warwick medical school looked at education levels and reported happiness. They found the odds of happiness were equal through all levels of educational attainment. Great! I’m glad I found that out after 5 degrees. I’m still happy though!

Interestingly being clever or smart doesn’t make you happier either. This one may seem similar to the one above, but remember even a D student can graduate with a degree and be considered “educated”. This one looked at actual IQ scores and found that individuals with high IQ’s were no happier than others. If you’re interested to know more, David Robson of the BBC did an extensive article titled “The Surprising Downside of Being Clever”.

Bell Curve showing IQ’s and percentages of people (Note: this is not a IQ and happiness graph) 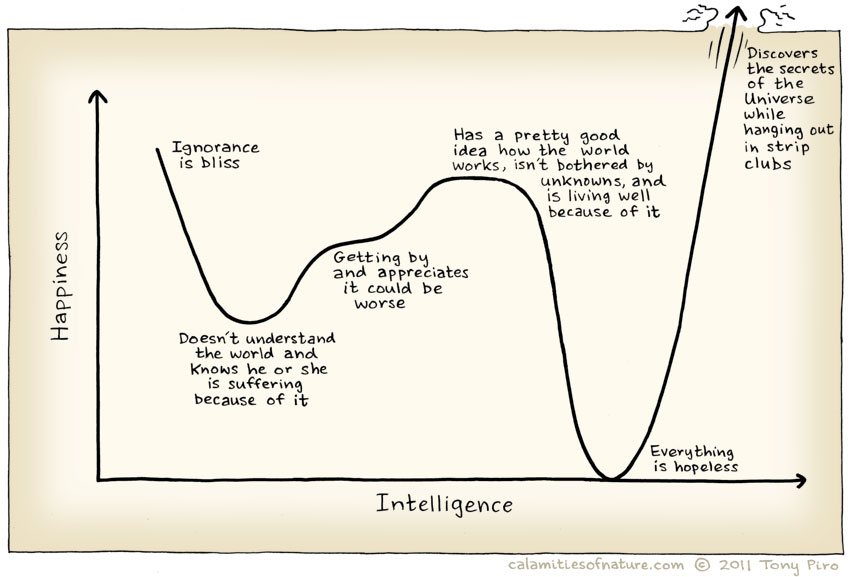 Can you guess what age happiness peaks at? According to research from the Proceedings of the National Academy of Sciences and other research, the peak age of happiness is around 74 years young. Notice, this isn’t “being happier makes you biologically younger”. Which is a whole other article. But it is interesting since many ads and trends, in America especially, point to people having to look and feel young in order to be happy.

Now we’ll look at what does make us happy, and further down, what we can do to adjust our happiness. I won’t elaborate much, but let you reflect on them on your own.

What DOES make us happy

According to some we have a “Set Point”, a genetically determined point to which we always return to happiness. Similar to our bodies weight, we develop a set point that requires extra attention to adjust. We may get super happy from something, a raise, marriage proposal, birth of a child, but we tend to revert to out happiness set point after. Similarly we get sad for a bit, death of a loved one, a failure of some sort, The Bachelor not picking the girl we wanted him to pick but after awhile we return back to our set point. Research of twins separated at birth showed that no matter their environment they shared a set point for happiness.

We’ll look at what to do to change this “Set Point” below.

Need people around us that are similar and share ideals.

We talked about sex earlier not truly making us happier. But what we really want is sex-intimacy. We find more happiness involved with sex when there’s more intimacy with another.

If you think you’re unhappy or having a problem, then go visit a pediatric burn unit, or a child in a cancer unit.

This one seems a bit obvious. Take away somebody’s basic survival needs and their happiness levels drop.

Many religious and spiritual practices fulfill the other listed items. Such as having a community, helping others, making friends, and even providing the survival needs of others.

Sense of why you’re here. Having a sense of purpose makes it easier getting through the storms of life. This one is strong for me. I’ve noticed during times of unhappiness I often find myself questioning my sense of purpose. Meditation helps me immensely with this.

Speaking of mediation, let’s look at what we can do to move that “Set Point” discussed in the above genetics section.

How do we move our set point?

There’s always something to be grateful for.

There’s a myriad of ways meditation can make you happier. You could meditate on gratitude for instance. Meditation balances your hormones, producing more serotonin and decrease out stress hormones. Another way that’s less heard of is conditioning us to react appropriately.  Leading to less anger, hatred, judgment, and poor decisions that result in unhappiness. Similar to Skinner’s Box made famous by the father of Operant Conditioning B.F. Skinner, we tend to react immediately to a stimulus, with little control of our response. The discipline and intent of meditation buys you the space to control your response.

“Anger is like grabbing a hot coal to throw at somebody, you’re the one getting burned.”

Anger is a poison to happiness.

Attempting to be perfect is the road to unhappiness. If you want to set up a path to being miserable then be a perfectionist. When we fail as a perfectionist, the self-judgment is overwhelming. Perfectionist repels connection.

And perhaps the greatest roads to happiness is a path we seem lost on, our connection we have to other living beings.

Thanks for reading. Share with others so we can all be connected and happy.

What do you think? Were you surprised by some of the research? Would you add anything to any of the lists?